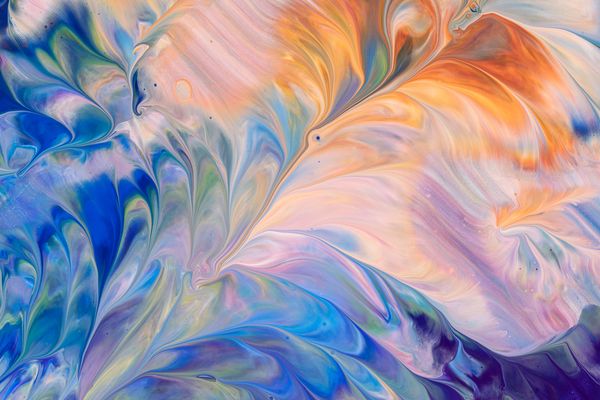 I've always been interested in LSD because it supposedly enhances creativity. Since there are plenty of resources online documenting what one should feel under LSD, both good and bad, I won't discuss that in detail. Instead, I'll discuss my experience with LSD and how it can be beneficial for a person. Admittedly, I've only had two trips, so I'm definitely not the most experienced on the topic. However, after two trips, I think it's very valuable in understanding myself and the world better. In this post, I'll mostly talk about the second trip, since the intake dosage was higher and the overall experience was more intense.

My friends and I took the tabs at 12:50 pm. After maybe 15 mins or so I can feel my body react to the drug. It started with mild tightness in the head, but progressed into tightness in the entire body - throat, muscles, head. Although there was no pain, my body felt very uncomfortable and my head hurt similar to that of a normal headache or migraine. My teeth also felt unpleasant, similar to that feeling you get when you bite into cold things. On top of the tension, I noticed I progressively became more jittery, almost as if I way overdosed on caffeine. Consequently, it was also difficult to maintain motor skills due to the jitteriness and tension in my whole body.

After maybe 30 mins, many of my senses started feeling different. I started to notice "breathing" in my entire field of vision and colors feel enhanced and vibrant. Everything I see is moving a little, mostly in a wave-like manner. Shapes also start to expand and compress subtly. Similarly, my audio senses also felt enhanced. Music sounded better and it felt like the music can be heard everywhere around me as if the entire world was playing music. Lastly, physical touch felt enhanced like as if there the receptors had more surface area.

It's hard to tell exactly how long the ramp-up lasted and when I have reached the peak. At the peak, most of the ramp-up symptoms were further enhanced and my perception of the world was distorted.

In terms of visuals, the world would morph back and forth. The waving at this point was much more intense and no longer subtle. It often became difficult to focus and parts of the scene were being transposed into other parts. For example, when I was sitting outside, there were hills and houses in the distance. Sometimes each house in the row of houses looked uniquely different, sometimes it looked like the row of houses was actually just one house copy-pasted across the scene. The individual objects in the scene often lost their shape and blend with other objects in the scene. Whenever something moves or I shift my viewpoint, the entire field of view smears almost like it's lagging. The world kind of felt like an impressionist painting, similar to the works of Van Gogh.

My color perception of the world was no longer accurate as well. Sometimes the world will separate out into different colors, similar to that of anaglyph 3D images. Other times, the entire scene was tinted a specific color. In general, the tints and colors were more neon, bright, "electric", and sat more in the primary color range (red, blue, green, yellow). Finally, I would see kaleidoscope-like patterns transposed into my entire field of vision. Sometimes it can be black and white, other times very colorful and vibrant, but still mostly within the primary colors. The kaleidoscopes were also very clear and sharp, which gave the illusion that my vision became sharper. I also could continuously zoom into the scene, but it was actually just recursively zooming more into the never-ending kaleidoscope.

I won't be able to describe the other senses in as much detail as visuals since I'm more sensitive to visuals. For music, each note was punchy, but it also rippled and echoed. It was like the smearing of visuals I described earlier - the notes felt like they dragged out a little more. My entire body felt very heavy (especially my head), and my movement became slower, even somewhat difficult. Similar to before, my body still felt super tight and jittery. Except now, my body also felt stimulated throughout and a little tingly. Hand-eye coordination at this point was even more difficult and it was around this time I stopped taking notes on the trip since it got too difficult.

Apart from the changes in the senses, there were also a lot of changes that happened to my thought and perception. The tension in my whole body made me feel like I was going to implode, but at the same time it felt really good I tried to relax. The smearing of all my senses eventually felt like they were blending and melting together. Combined with the heaviness, it made me feel like I was melting into the world. I couldn't hold a thought for longer than a few seconds. Every time I stared at something and shifted my gaze to something else, I felt like I was experiencing it for the first time and my train of thought would change. Consequently, my perception of time and memories also got really messed up since I couldn't tell if something has happened before. I couldn't tell if time was moving and what part of my reality was actually real. This inability to understand reality eventually led to a bad trip.

All my senses were messed up and my perception and understanding of many concepts such as time and memory were completely broken. Consequently, I couldn't understand reality at all anymore, and I thought I was operating purely on instincts.

I wasn't sure if something has happened before, such as washing my hands or going to the washroom. I would be sitting on the couch tripping and I wouldn't be able to remember what I was doing just 10 seconds ago and how I got on the couch to begin with. Even though I had slices of memory with many gaps, I couldn't piece together when each memory happened. Sometimes, I felt as if the memory was from the future. I also wasn't sure which memories were actually real memories. Thus, I started to doubt myself - I couldn't trust my memory, and I couldn't trust myself.

This created intense fear and anxiety for me, which further spiraled into more negative and confusing thoughts. I have never blacked out in my life and I was terrified of doing something regretful. I was even scared of peeing my pants since I didn't feel like I was capable of bringing myself to the washroom without forgetting what I was doing (I actually didn't pee my pants).

One vivid bad train of thought I still remember was that I thought I was insane. I thought I had gone crazy and that I was placed in the house, which was an asylum, to keep me from harming others. None of my memories were real. The friends who were tripping with me were just a construct of my imagination to keep myself from loneliness in the asylum. If they were real, they were here to keep me in check and make sure I don't do something stupid.

I had another terrifying train of thought around death. The past, present, and future seemed to be melting together. But at the same time, I didn't have any "future" memories that were further into the future. I thought that was very strange and I concluded I didn't have a future. I also felt really dry, even though I was drinking water the whole time. Finally, as I mentioned before, my body felt really heavy and it was as if I was melting into the world. With all these feelings and thoughts put together, I thought I was just slowing melting into the world due to the heaviness and drying up. Thus, my conclusion was that I was actually dying. Whatever I was experiencing was just my remaining conscious constructing a dream to ease the journey of death.

These thoughts might be seen absurd and totally delusional, but when I was tripping, I thought they were 100% the truth. It was terrifying. I kept checking the time to see if time moved in hopes that everything will eventually end. But every time I checked, the needle hardly moved, which made me panic even more. I remember one of my friends realized I was having a bad time and told me not to control my thoughts too much and just ride the wave. Eventually, I stopped having these thoughts and resumed to normal tripping. The entire duration of the bad trip was 2 to 3 hours.

The total trip lasted around 15 hours. Despite having a nightmarish trip for a few hours, I think the overall experience was eye-opening and productive. My perspective was broadened and I feel like I can empathize with mentally ill people better. Before, I found it unfathomable how certain people could have such crazy thoughts and behavior. But after experiencing a bad trip, I realized that crazy thoughts are a real thing and it feels absolutely terrible going through them. What I experienced for a few hours could be someone's reality for years or their entire life. Although I don't know how to help them, I'll know at least not judge or look down on them.

An unintended result of the trip was that it felt like a reset. I felt less anxious, less stressed, and more neutral emotionally. I also felt like my desires got curbed - I didn't want to snack as much even if I was hungry, I didn't want to play games even if I was bored. It's as if I exited auto-pilot in some aspects of my life and now have better control as to what I want to do. I thought this was very interesting and did some research. Apparently, it's actually a known effect of LSD which makes it an effective treatment for depression for certain people. Some people's depression is due to a trained auto-pilot thought process of negativity. LSD breaks the associations and habits and allows them to form new thought patterns. Who knows, maybe if you trip every day eventually you'll lose all associations and perceptions of the world and reach nirvana like Buddha. Just kidding, don't do that.

Though this time it was scary, I'll definitely take LSD again. But first, I'll take a break for a while.